​Searching for the official theme song 2016

Oslo Pride gets ready for pride in 2016 and is now searching for the artist to create the official theme song.

Tooji - the Pussy Riot of Norway?

Faith, hope and love: But the greatest of these is love

Toojis is out and proud! With his new art video Tooji hopes to kickstart a debate making love between persons of the same sex to be seen as something beautiful in religion. “ 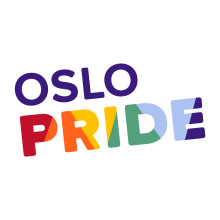 SexShooters and Duo RAW are ready for Oslo Pride

Oslo Pride gives you a double dose of muscles and music when the DJ duo SexShooters and Duo RAW are unleashed at The Oslo Pride 2015 Closing Party Saturday 27 June 2015.

For the official opening of Pride Park on Wednesday, Norwegian Prime Minister Erna Solberg comes and gives the opening speech. On the main stage at Pride Park there will also be fantastic opening show with names like Linnea Dale, Bow to Each Other, Opera to the people and Hector Lopez on the poster.

Max Zachs, one of Britiains most well known Trans people, known from the British TV series "My Transsexual Summer" headlines the official opening of EuroPride 2014 in Oslo, Norway. At the official opening Zachs will be accompanied by Norway’s minister for Equality and Social Inclusion, Solveig Horne (in the picture), from the populist Progress party (Frp).

This summer the city of Oslo is the host of EuroPride 2014. In occasion EuroPride, the town also hosts a human rights conference called “Human Rights - From Vision to Action, Making Rights a Reality”, which will be held in Oslos City Hall on Thursday June 26st and Friday June 27th.

“No human being should be able to prohibit others' love”, says Hector Lopez, who sings the official EuroPride 2014 anthem called ´Love´. 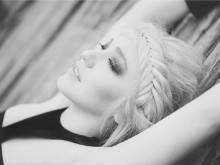 Margaret Berger and Josefin Winther to EuroPride 2014. And all tickets out for sale now. 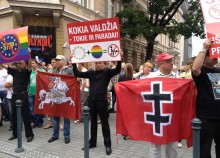 Celebrating IDAHOT, LLH - The Norwegian LGBT Organisation, Amnesty International and the Norwegian Helsingfors Committee take the occasion to launch an initiative to bring prominent LGBT activists from Eastern Europe together at EuroPride 2014 in Oslo, Norway.

Say «I do» in Pride Park

Oslo Pride and the Humanistforbundet invites you to the “Day of Love” at EuroPride.

A special bear programme during EuroPride paves the way for a bear invasion in Oslo.

The Norwegian police to attend EuroPride 2014 in Oslo

Commitment and participation by the police during EuroPride.

How we make EuroPride in Oslo affordable for our international guests

Today the EuroPass is launched for sale. Oslo Pride, the organizers of EuroPride 2014, in cooperation with the city tourist board, VisitOSLO, has made the EuroPass to make the stay of our international guest as affordable and comfortable as possible.

“There is a record interest from Europe to contribute to the political programme of EuroPride 2014,” says Kathrine Veland, the manager of Pride House.

Today the volunteer manager of Oslo Pride, Bård André Bendiksen, calls on all old and new volunteers to sign up for EuroPride 2014 in Oslo.

Oslo Pride, in cooperation with Raballder Cup, is pleased to invite you to this winter's hottest party, EuroPride Release Party , Saturday 22nd of February 2014 at Rockefeller Music Hall in Oslo.